Samba reggae is a combination of Brazilian samba—derived from African music brought to Brazil via the African slave trade—and Caribbean reggae. Samba reggae was first developed in Bahia, Brazil, in the 1970s as an effort to strengthen the Afro-Brazilian community.

The genre has since become popularized in Brazil and throughout the world. It highlights the ties among African-based cultures and promotes pride in African heritage. Yet, at its core, the music belongs to all people and empowers all those who play, listen, or dance to its beats. 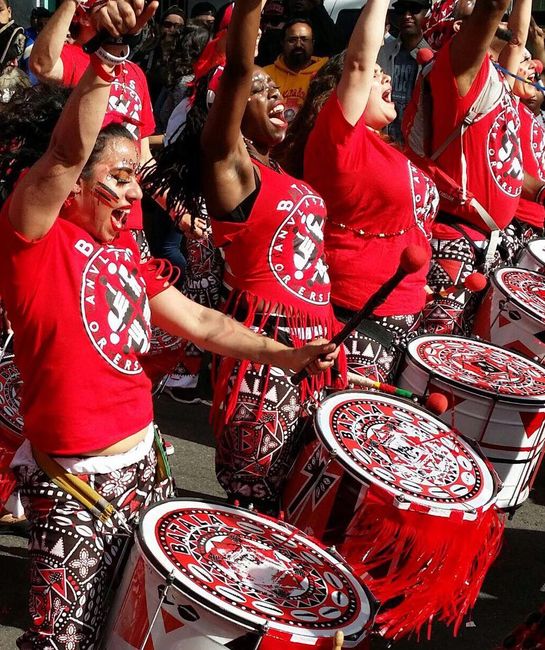 The surdo supplies the pulse and heartbeat of every samba band. Surdo beats alternate between two sets of drummers. Surdo 1 is tuned low and played on the first beat, while surdo 2 is pitched higher and replies with the second beat. These rhythmic bookends, with their energy and insistent driving rhythm, push the beat forward and provide a solid base for other patterns that are laid on top. 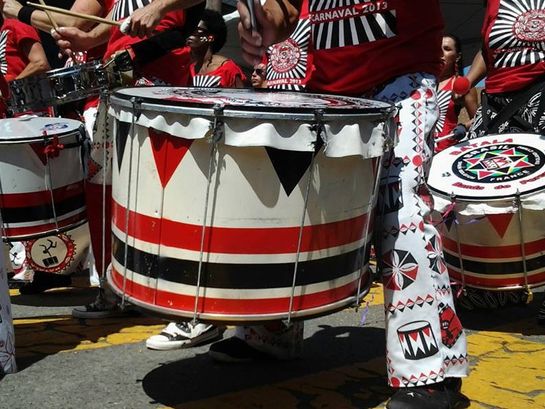 Dobra, the melody drum, provides the mid-range sound. This smaller version of the surdo, played with two mallets, is unique to samba reggae. The dobra's rolling, off-beat pattern creates the signature reggae sound. Dobra parts are composed of complex patterns that combine space and notes. 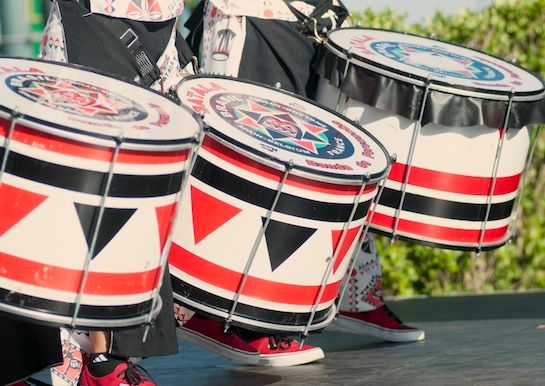 Played with two flexible sticks, the repinique calls in the breaks and provides a double layer of clavé with the snare. Many repinique and snare patterns are identical or similar, but they are distinguished by the difference in sound produced by the two stick types. The repinique sound is lightning-loud and snappy, like popcorn popping. 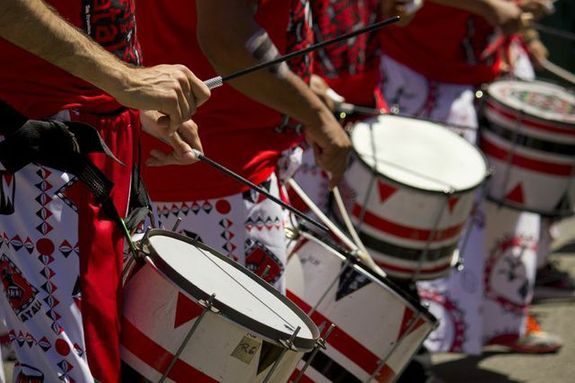 The snare, or caixa, provides the upper range of sound, the fast-paced white noise, that fills in the spaces left by the other instruments. The snare is the drum that can be played with the most nuance and expression.