Founded in 2012, Batalá San Francisco is the Bay Area contingent of the international drumming organization Batalá Mundo. The original group was started in Paris in 1997 by Giba Goncalves, a Bahian percussionist (Ilê Aiyê, Olodum, Muzenza, Male Debale, Jimmy Cliff, Tupi Nago, and Kaoma). One of the founders of the afro bloco Cortejo Afro, an arts education project to help underserved young people living in poor communities, Goncalves moved to Paris in 1997 and founded Batalá as the European wing of the project. Cortejo Afro and Batalá share much of the same repertoire, and since 1999 Batalá groups have performed every year as part of Cortejo Afro at Salvador’s carnaval.

The international movement shares the samba reggae musical arrangements and percussion breaks composed by Goncalves, as well as graphics, costumes, and dance movements. Batalá has a worldwide membership of more than 1,000 drummers, and the shared musical and artistic models facilitate various groups' travel from country to country and participation in events together. Batalá drums, sticks and mallets, drum straps, and costumes are produced in Salvador, Brazil, at Instituto Oya and Fabrica Batala under a fair trade agreement.

The name Batalá carries a double reference to the phrase “bateu lá,” meaning “hit there” in Portuguese and to Obatalá (Oxalá), the Candomblé deity who is the father of the Orixas and of all humanity. Draped in the purity of white, Obatalá is the source of all that is peaceful and compassionate.

Since the group's inception in Paris, Batalá organizations have sprung up all over the globe in countries as diverse as Brazil, England, Spain, Wales, Argentina, Portugal, Mexico, Belgium, Austria, Angola, South Africa, and the Netherlands. In the United States, Batalá Washington DC was founded first (2007), followed by Batalá New York (2011), Batalá San Francisco (2012), Batalá Houston (2013), Batalá Los Angeles (2013), and Batalá Durham (2015). Each sister contingent is self-organized and self-governed, and uses the shared artistic and cultural platform of Batalá to connect across multiple nations and to serve the unique needs of their local communities.

Batalá Mundo transcends differences in language, nationality, ethnicity, age, and gender to form one body, one song, one mission. 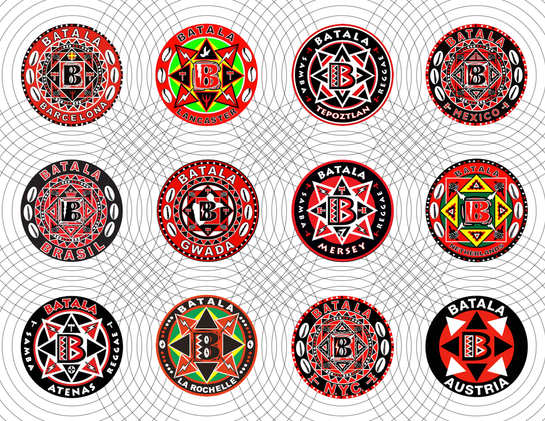